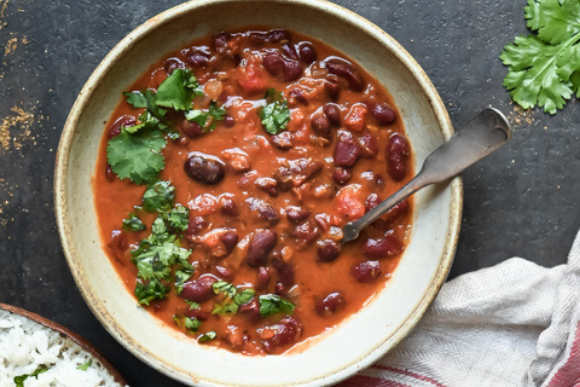 Rajma is a classic staple in many North Indian and Pakistani households ( similar to a dal) and one that I grew up eating. I now make it for my own family and it’s one of my kids most requested meals!

Traditionally, this dish is served with white basmati rice also known as chawal or Rajma Chawal. In addition, I like to serve red onions as a garnish with a squeeze of lemon and fresh cilantro.