He was unable to thrive and I was desperately worried 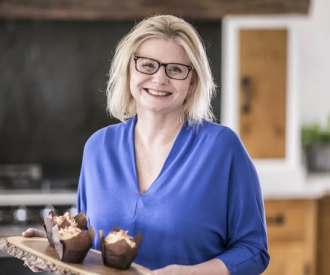 I wanted to chat about a time before winning MasterChef before I started publishing books and before I was an Ambassador for Coeliac UK.  A time when that was not even a dream. I was struggling with 4 children and the youngest one was unwell and would not stop crying. He was unable to thrive and I was desperately worried with no voice.

I am normally an extremely articulate person (too much so, many would say), with no problem forming sentences and getting my point across. I was overjoyed when pregnant with our fourth child, expecting the normal ups and downs of babies and a very busy household - but things don’t always go to plan.

When I got home I had very little family support, we simply lived too far away but I could cope, I always have but this time was different. Ben just would not settle, he cried 24/7, he was grey and despite being on the 50th percentile (he’s grown up to be a big adult) I knew he was not thriving - this was not a bonny baby.  I remember taking him to the doctors and crying, only to be told I was obviously stressed and not coping with having 4 children and prescribed anti-depressants.  I knew I was exhausted  - yes, it had been a horrible time but would someone please listen to me - my baby was not well. I didn’t take the pills. 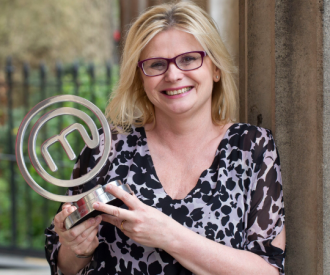 I carried on, confused and when he moved onto solids followed the advice by giving him lots of foods to fatten him up. From bread to squash and toast - biscuits & pasta too. I tried everything and 18 months later he was still screaming and my other children were suffering too. I was fractious and exhausted, Mark was working and getting no sleep. Still, my doctors at the time would not listen in my allotted 7-minute appointment. It always came back to me and my ability as a mother to cope with x4 children.

If I took him to toddler club nobody liked him. In fact, he bit another child and was always so angry always and upset. What had we done wrong? We were experienced parents with good kids, did he have some sort of attention deficit? And in the background the constantly hearing, ‘you have four children and you’re not coping’.  A child’s younger years are supposed to be filled with moments of joy this was not. We loved him ferociously and were so defensive of him as a baby but it was not easy.

In the midst of this madness, we moved - bonkers I know but the house was just not big enough and we moved to a completely new area, definitely no support system now.  Looking back we must have been mad but it was the best thing we ever did.  Our new Doctor listened to my concerns properly, took the time to refer me and at 2 years old we had a diagnosis Ben was a Coeliac. 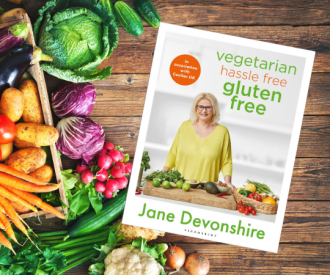 And I think more importantly the dawning understanding that food is a wonderful thing that binds us all together Those celebrations of everyone sharing and eating the same food I had grown up with and celebrated, can also be the thing that alienates and separates you.

Going on a school trip and everyone gets a Mr Whippy but you can't have one - you get an ice-lolly but its different. Not being asked to the Pizza Making party or to the cinema because everyone is having a McDonalds beforehand.  During school lunches (if you can get them catered for you) you have to go to the front of the queue instead of standing with your friends and how many times do you want to eat a jacket potato with beans. And eating out… The list is endless.

Is it all bleak? Of course not. The difference after Ben’s diagnosis and his change in diet was incredible, awe-inspiring and within 3 months we had a happy smiling child - a beautiful boy who has grown up to be by far the most laid back of our children.  Maybe too much so on occasion, he’s shy and certainly does not like to be part of his Mum’s new world or become a face for Coeliac.

We are extraordinarily proud of how he copes with his disease. No stress, just very accepting; food is not an enemy and he understands what he can and can’t eat - the world is becoming so much friendlier for him.

People are genuinely a lot more educated and there are more and more foods available for him to eat. He has even discovered the eternal teenage favourite of a pot noodle in a gluten-free format so he’s happy.

And I feel incredibly proud of him but also of the fact that now I can do something to help others in this situation. When I say the best thing to come out of being a MasterChef Champion is becoming a Coeliac UK Ambassador I truly mean it.  I understand how it feels to have a child left out of events and how frustrating it is as a parent to not be listened to.

I am so aware that campaigns Coeliac UK had planned that I intended to take an active part in had to be postponed during this incredibly awful time but we will launch them. We will strive to get an early diagnosis for more and more children and adults, push for better understanding and more places to eat, campaign on behalf of the community and look for a cure and offer a helpline and an app to make things easier. The list goes on and on.

I wish with all my heart that I had known about them and had accessed their knowledge when I needed them. Nobody told me about them and only after I won did I come to appreciate how much I had missed out on and how important the work they do is.  If I can do a little to make sure others don’t go through this journey, struggling on their own then that would be amazing.